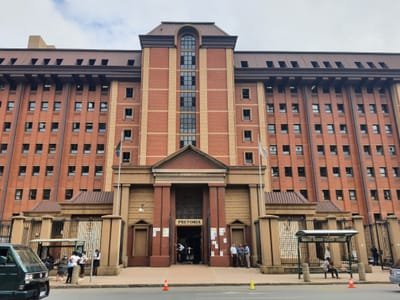 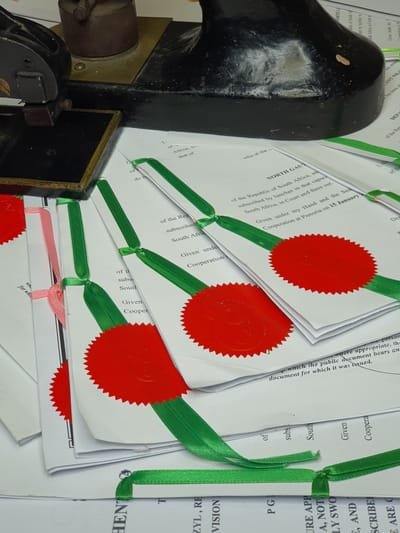 We attend the High Court Pretoria daily to obtain Apostille Certificates for specific documents. The MidCity can be daunting and scary if you don't know your way around. Instead, let us attend to your document legalisation needs. Professional, cost-effective service. More than 10 000 happy clients.

We offer a comprehensive document legalisation service that includes all relevant attendances.
As an expert Document Apostille, Authentication and Embassy Legalisation company, we can not only expedite the legalisation process but also assure you that your documents have been processed correctly as required by government authorities all over the world. We handle it all for you!

Apostille Document Legalisation Experts
We can provide apostilles for virtually all South African documents and certificates. The process of issuing an apostille certificate varies from one document to another. The key to our service is ensuring your document is presented to the High Court, DIRCO and Embassy with the appropriate seals and signatures to ensure the Apostille Certificate is issued without delay and that, ultimately your documents are accepted when presented to any interested parties outside of South Africa. We can also translate your documents.

How to order/get a quotation for our Apostille Certificate Service.
Complete the online quotation and order form. Use the integrated facility to upload any documents you want us to check safely. We will give a no-obligation quotation and time estimate. When accepted we will proceed.

Get a Quotation
Notary Costs
What is a Notary Public?
WhatsApp - Talk to Us

Document legalising and notary public services are dependent on the circumstances at hand and in which destination country your document will presented. Exact pricing is not available until you communicate the factual situation to us. In order to find out what you need and for us quote you , please complete the secure online form below to get the exact costs and time estimate. You can use the incorporated facility to upload any documents you would like us to check.

What are High Court Apostille/Authentications?

How do I apostille a notarisation or High Court Authentication?

After the document has been signed, stamped, and sealed by the Notary Public, it can be forwarded by the Notary Public to the High Court in the Notary’s area of practice. The High Court will then attach an Apostille Certificate, which serves to confirm the Notary Public’s signature. Apart from authentication been done by the High Court, documents could instead be required to be submitted to the Legalisation Section at the Department of International Relations and Cooperation (DIRCO). Once at the DIRCO offices in Pretoria, the document will be submitted for final legalisation for use outside of the Republic of South Africa. In terms of Rule 63 of the High Court, any contract, power of attorney, affidavit, or another document, must have its signature verified by a recognized Government authority. Rule 63 prescribes that only certain documents may be authenticated using the process provided therein

Documents that may be authenticated by the High Court include:

Can I use a High Court Authentication in Lesotho, Botswana, or Swaziland?

In terms of Rule 63 of the High Court, there is one exception: where a power of authority is executed in Lesotho, Botswana, or Swaziland and is intended to give authority to any person to take, defend, or intervene in any legal proceedings in a South African Magistrate’s Court, such power of authority need not be authenticated in terms of the above-mentioned process, provided it has been signed and attested by two competent witnesses.

Can you handle my High Court authentication and apostille?

As you can see, the process of getting an official South African document authenticated by the High Court is a complex procedure. Let us get your documents signed by a Notary Public who verifies the document and then we can facilitate a speedy High Court for authentication.